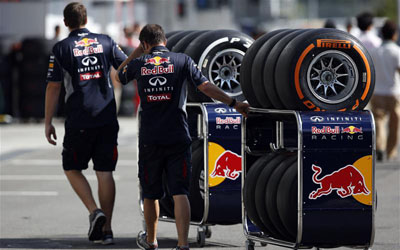 Pirelli have signed a new three-year deal to continue as Formula 1’s tyre supplier until 2016.

The Italian manufacturer, whose previous three-year F1 supply deal ran out at the end of last year, experienced a difficult 2013 season as their initially fast-degrading tyres caused controversy before a mid-year change, with the firm also expressing frustrations over the sport’s testing restrictions.

Pirelli said in a staement: “Following a decision by the World Motor Sport Council confirming Pirelli’s status as the single supplier of tyres to the FIA Formula One World Championship, Pirelli and the FIA have renewed their Formula One tyre supply contract. The duration of the agreement is for three years, starting from the 2014 season.

“The world motorsport’s governing body and Pirelli, in collaboration with the teams, have been working together to improve levels of safety and performance in Formula One, resulting in important changes to the FIA Formula One Sporting Regulations regarding the testing of tyres, which will enable the Italian company to continue its Formula One single supply arrangements, in the best interests of the sport.”