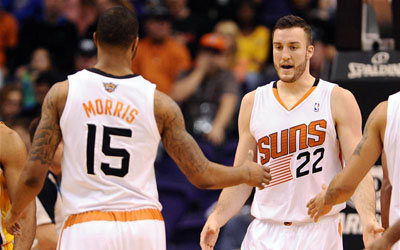 As part of the new agreement, arthritis the Suns and Arizona Sports 98.7 FM will expand their collaborative programming efforts to include a postgame show that will also air on the Suns’ new digital streaming network, RISE, viewable on both Suns.com and the team’s mobile app. The show will air one hour after the conclusion of each Suns game.

The 2014-15 season will mark the start of the 39th consecutive season that Arizona Sports will broadcast Suns basketball.

“There’s no better example of a true partnership than our ongoing relationship with Arizona Sports and the Bonneville family,” said Suns president, Jason Rowley. “For 39 years, our fans have known where to tune in to the ‘Voice of the Suns’ Al McCoy on game night, and we are thrilled to be continuing that for the foreseeable future.”