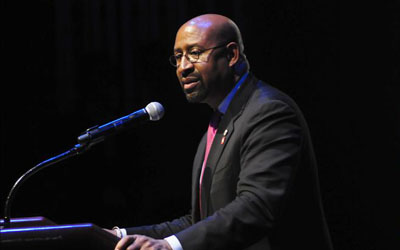 Philadelphia have exited the race for a U.S. bid for the 2024 Olympics, the city’s mayor said Wednesday, according to reports.

The city, which has never hosted an Olympics, was considered one of several candidates being looked at by the U.S. Olympic Committee, along with Boston, Dallas, Los Angeles, San Diego, San Francisco and Washington.

Mayor Michael Nutter said he wrote to the USOC earlier this month, telling the organization the city was not interested in bidding.

“So I felt, at this stage, that we should not submit a bid.”

On Tuesday, a top official for New York’s mayor said the Big Apple was also not interested in attempting to bid for 2024.

Philadelphia attempted to bid for the 2016 Olympics, but the USOC opted for Chicago, which lost to Rio de Janeiro. The U.S. has not bid since and has not hosted an Olympics since the 2002 Winter Games.

USOC is expected to narrow its field of potential 2024 candidates in the next month and decide if it will bid, and which city, by the end of the year.