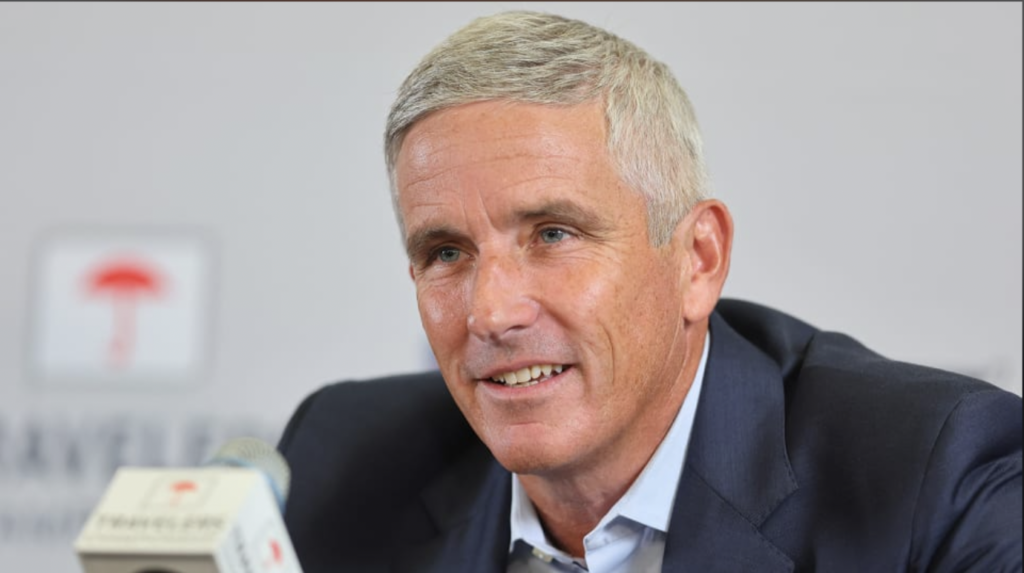 The PGA Tour has responded to the Saudi-backed tour by creating a series of more lucrative tournaments and altering the golfing calendar in America.

You would have to imagine that as Jay Monahan, commissioner of the PGA TOUR, sat down to write a letter to his players he was feeling a bit nervous.

In fact, it’s hard to imagine a more stressed man in the world of sports at the moment, with the LIV Tour’s dark cloud looming over him.

In his letter to his players, and then at a press conference, Monahan outlined the changes he would be implementing to try and keep his players on the tour.

The headline differences include the PGA TOUR returning to a calendar structure in 2024 and a revised field size for the FedEx Cup.

“These changes will further strengthen the FedExCup and create a strong, coordinated global schedule, offering a more compelling product for our players, fans and partners,” Monahan’s letter read.

The changes are based around the FedExCup Playoffs. They will feature revised field sizes starting next year.

I’m sure that Monahan knows that it isn’t the number of entries into the FedEx Cup that’s driving some of the top players into the deep-pocketed hands of the Saudi-backed LIV Golf, so there is also a raise in tournament prize money.

There is raises at eight tournaments including the BMW Championship, THE PLAYERS Championship and the FedEx St Jude Championship – most see an increase of around $5 million.

Rory Mcllroy has emerged from his competitors to take a real stand against the LIV Tour, he was in the meeting with Monahon and the PGA Policy Board. “I think it’s not lost on me what PGA TOUR events … can do for the communities that they’re played in,” he said. “I think that’s not lost on the players that when they come and play PGA TOUR events they’re helping to do something really good in the community … and I think that’s important.”