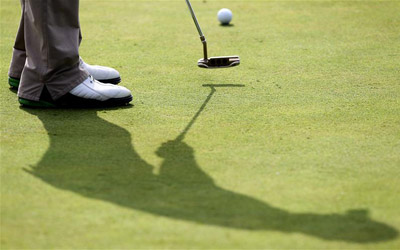 PGA Tour commissioner Tim Finchem has revealed today the tour does not support their proposed ban on anchoring putters to the body.

Finchem made the PGA Tour’s position clear just days before the expiry of a three-month comment period announced after the United States Golf Association (USGA) and Royal Ancient (R A) proposed a ban on anchoring to come into effect in 2016.

“Essentially, where the PGA Tour came down was that they did not think that banning anchoring was in the best interest of golf or the PGA Tour,” Finchem said.

“The tour’s decision was based on the lack of data to suggest that anchoring putters provided a competitive advantage,” he said.

Given the amount of time that anchoring had already been in the game and the fact that several players had grown up perfecting that method ‘there was no overriding reason to go down that (ban) road.’

Finchem did not reveal whether the Tour would defy the rule should it still go ahead, hoping instead the rule makers will reconsider.

“I think that the focus here ought to be, if possible, to go down the same road,” said Finchem.

“We just hope they take our view on it. We’ll see.

“Recognising a couple of things: One, that an awful lot of amateurs today use anchoring; and two, that a number of players on the PGA Tour who have grown up with a focus on perfecting the anchoring method did so after the USGA on multiple occasions approved the method years ago.

“For us to join in supporting a ban we think as a direction is unfair to both groups of individuals. So those were the overriding reasons.”

The USGA is expected to make its next move some time in coming months.