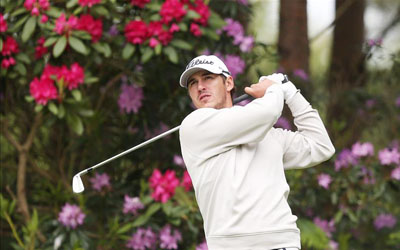 PGA Tour golfer Brooks Koepka has secured a new sponsor with Paylocity Holding Corporation agreeing a partnership with the two-time ACC Player of the Year.

Koepka turned professional in July 2012 after a successful career at Florida State University. As a professional, Koepka caught immediate attention with a victory in just his eighth start on the European Challenge Tour. In 2013, he claimed three wins in his first 10 starts and finished the year with starts at The Open Championship and the PGA Championship. In addition he tied for third in his PGA Tour debut at the Frys.com Open. This year he will compete on both the European Tour and the PGA Tour.

Koepka, just 24 years old and ranked 100th in the Official World Golf Rankings, said: “My expectations have always been to be one of the top players in the world, and that matches well with Paylocity’s mission. They are changing things in their industry just like I want to make a mark on professional golf.”

Michael Haske, Senior Vice President of Sales and Marketing for Paylocity, added, “We knew we wanted to sponsor a PGA professional moving into the 2014 and 2015 season. But it had to be someone who modeled our commitment to innovation, drive and results. At Paylocity we are doing what no one else is – taking Payroll and HR professionals from the backroom to the boardroom with our cloud software. We believe Brooks is the perfect PGA professional for our organization. His talent, openness to taking the road less traveled, and enormous potential excite us and fit our mission. We see in him a great future and we welcome him to the Paylocity family.”

Koepka will play this week at the FedEx St. Jude Classic and has qualified for the US Open Championship.