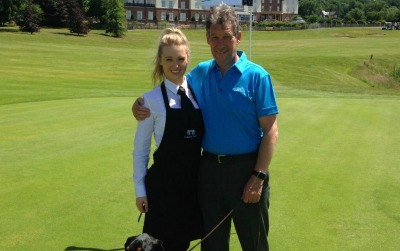 The PGA has appointed Hamish Ferguson into the role of Executive Director – Commercial.

This appointment follows on from the announcement last December where it was confirmed Deputy Chief Executive Robert Maxfield will succeed Sandy Jones as Chief Executive of The PGA when he steps down in 2017.

Hamish will assume commercial responsibility for The PGA – a role currently undertaken by Robert Maxfield.

Hamish brings a wealth of experience having successfully managed a number of hotels – notably Carden Park which he leaves after 20 years as general manager.

He has a proven track record of delivering exceptional financial performance at Carden Park and during his time at the Cheshire hotel he also supported and hosted many PGA tournaments including the PGA Professional Championship, the PGA Fourball Championship and five PGA Seniors Championships.

David Murchie, Chairman of The PGA, commented: “With the announcement of Sandy stepping down and Rob succeeding him as Chief Executive of The Association, it was important that we recruited someone to carry out Rob’s previous responsibilities in the commercial area of our business. We are delighted that Hamish has accepted the opportunity to join The PGA team.”

Sandy Jones, Chief Executive commented. “It is essential that The PGA have a strong commercial strategy. Our commercial relationships are critical in allowing us to deliver Member benefits as well as providing us with the funds to support our Member support programs. Hamish has an excellent record in delivering results and we look forward to him joining The PGA team.”

Hamish will join The PGA team from November 1.