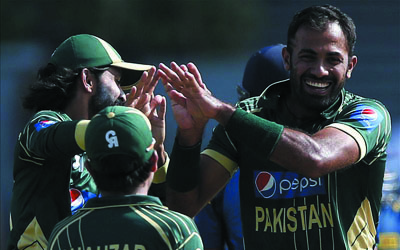 The Pakistan Cricket Board (PCB) has secured a number of sponsors for its upcoming series against Australia in the United Arab Emirates (UAE).

Haier Pakistan, rx the fridge, buy cialis freezers and washing machines manufacturer, see has been named as the title sponsor for PCB.

Subhan Ahmad, the PCB’s chief operating officer, said: “I am delighted that leading corporate entities of the country have hitched their corporate identity with the PCB and Pakistan cricket.

Despite the matches being classed as a ‘home’ series for Pakistan, they are to be played in the UAE due to security reasons.

In several stadiums across the UAE, Pakistan and Australia will play a single Twenty20 match, three one day internationals and two test matches between 5th October  and 3rd November.