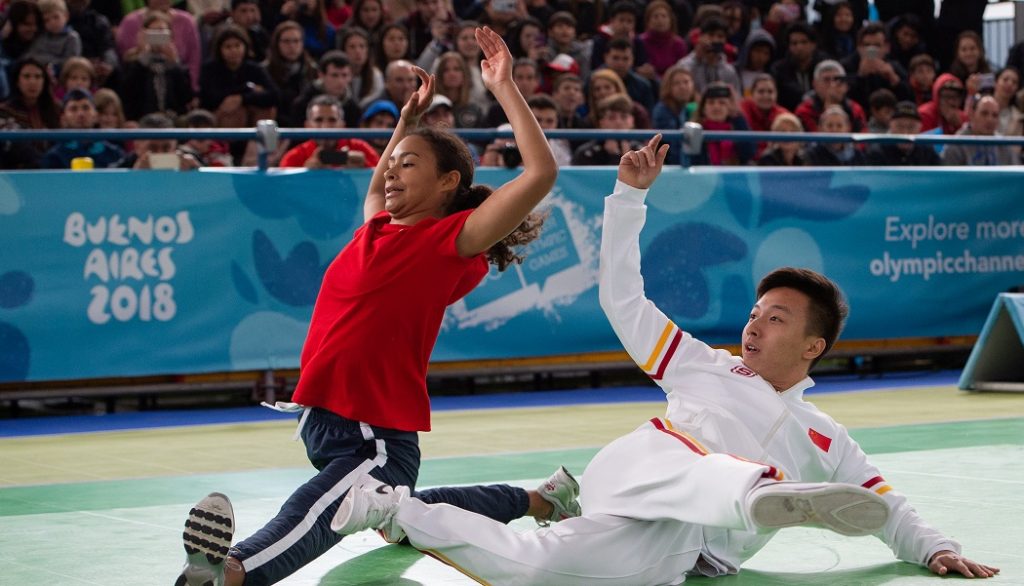 Paris 2024 Wants To Get The Summer Games Dancing

The World DanceSport Federation’s long campaign for a place at the top table of international sport is paying off with Breaking (breakdancing) among the four new sports competitions proposed for inclusion at in the Paris 2024 Summer Games.

Skateboarding, Sport Climbing and Surfing were also shortlisted by the Paris 2024 Organising Committee for the programme of the XXXIII Olympiad.

The package of four sports will now be considered by the IOC Executive Board next month. Should the EB approve the package, the sports will then be submitted to the IOC Session for final approval during meetings in Lausanne, Switzerland from 24-26 June.

Breaking was included in the Youth Olympic Games in Buenos Aires in 2018.

WDSF President Shawn Tay said: “It is an incredible honour and privilege that, for the first time, a dance discipline is being considered for inclusion in the Olympic Games. It is a humbling experience for all members and supporters of DanceSport.”

Breaking proposed to the International Olympic Committee (IOC) for inclusion on the sports programme of the Olympic Games Paris 2024.

The Paris 2024 organisers proposed the four sports in response to a new level of flexibility afforded to Olympic Games Host Cities to encourage innovation in the Olympic programme. Host Cities, beginning with Tokyo 2020, now have the option of suggesting new sports and events for inclusion in their edition of the Games that are not binding on future Games hosts.

Skateboarding, Sport Climbing and Surfing were also included on the programme for Tokyo 2020.

The squash establishment expressed disappointment at the Paris choices.

In a joint statement, the World Squash Federation (WSF) and the Professional Squash Association (PSA) said: “We truly believe squash could seamlessly integrate into the Olympic programme with minimal costs and an optimised pool of participants.

“Our unique interactive glass court would allow squash to bring a lot of additional excitement and spectacular action to any iconic monument of the host city or shed a new light on less known urban areas, while also helping to engage young people in the sport from day one of the preparations and well beyond the Olympic Games.”

The World Karate Federation (WKF) said it WAS “deeply saddened” that Karate, which will make its Olympic debut at the 2020 Games but has not been included on the Paris shortlist.

“Our sport has grown exponentially over the last years, and we still haven’t had the chance to prove our value as an Olympic sport since we will be making our debut as an Olympic discipline in Tokyo 2020,” said WKF President Antonio Espinos.