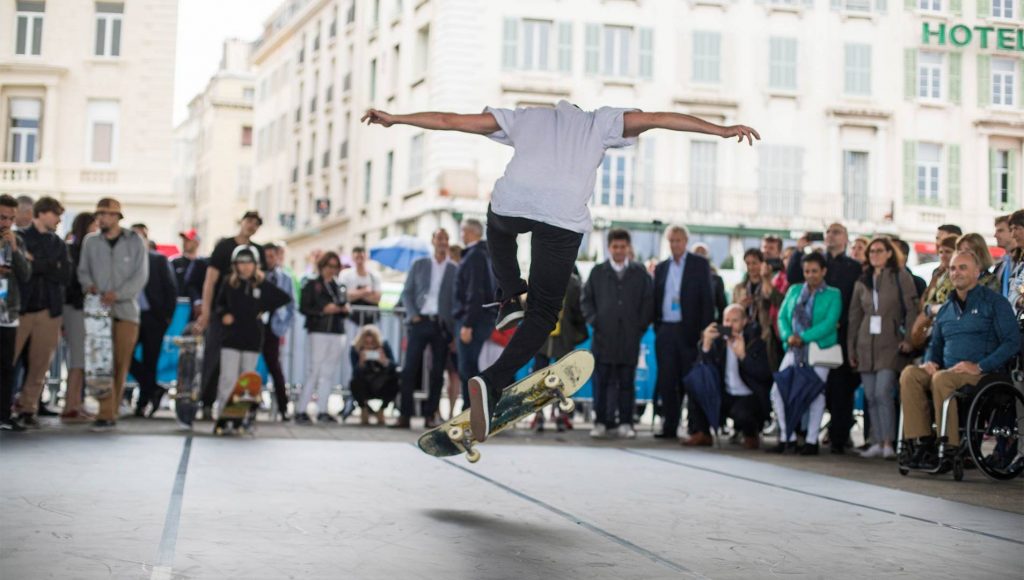 Paris 2024 On Course To Deliver Games That “Innovate And Surprise”

Preparations for the Paris 2024 Summer Games have made steady progress in a short time, according to the IOC’s Co-Ordination Commission,

“Creating a creative and innovative Olympic Games experience that benefits everyone is at the core of Paris 2024’s mission,” said IOC Coordination Commission Chair Pierre-Olivier Beckers-Vieujant after a second meeting of the group, in Marseille, which will host the sailing and football competitions.

“Paris 2024’s vision that ‘sport can change lives’ is evident in so many of its projects,” said Beckers-Vieujant.

He cited in particular:

“Paris 2024 has made steady progress in a very short amount of time,” he said. “We are in a new era of collaboration and co-creation, as seen with the presence of the International Paralympic Committee and so many local authority partners in Marseille. This is fully in line with the spirit of Olympic Agenda 2020 and its New Norm, as we work to build this project together with a common goal: to plan and organise inspiring and memorable Olympic and Paralympic Games in a responsible and effective way.”

The essence of urban sport was on full display on the first day of the Coordination Commission visit in Marseille, when crowds gathered in the Old Port area to experience a lively and youthful atmosphere that included basketball, BMX, breaking, skateboarding, and sport climbing demonstrations.

At the end of June, the IOC Session will vote on the provisional inclusion of breaking, skateboarding, sport climbing and surfing on the 2024 Olympic programme.

A core objective for Paris 2024 is to ensure that the Games are organised in a sustainable way that will benefit the citizens of France for decades to come. As such, the Organising Committee presented its carbon neutral strategy, and reported on the creation of an endowment fund that will be used to help fund legacy projects linked to Paris 2024.

SOLIDEO, the public body responsible for managing development operations ahead of the Olympic and Paralympic Games, was also on site to update the Coordination Commission on advancements made in the conception for an innovative and sustainable Olympic Village. Not only will the facility be designed to anticipate the evolving challenges facing tomorrow’s generation of residents, but it is also being optimised to welcome athletes for the Games.

Tony Estanguet, President of Paris 2024, said, “This second Coordination Commission meeting comes at an important time in the construction of our project. It shows the progress we have made. A year after we laid the foundations of the Organising Committee, this second meeting has been looking outwards, towards the public at large.“

“We have made the goal of engaging with the sports movement, the public authorities and the people of France one of our main priorities. This desire to get the population involved from the outset is a reflection of our ambition to offer Games that are different, and which make creativity the Paris 2024 hallmark.”

“This desire to innovate and surprise spans every part of our project, for example the opening of some of the Games events to the general public or the celebratory dimension of our project, placing sport at the heart of the city, which has never been done on such a scale before.”

During the meetings, the Organising Committee presented to the IOC and IPC its impressive progress made on governance topics, engagement plans, marketing programmes and more.