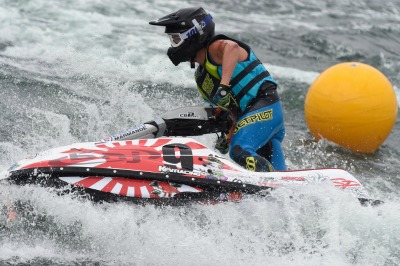 Global marine motorsport promoter P1 has announced that it has purchased Europe’s leading PWC promoter and race series, discount Jetcross after raising £1.5m from investors for its global expansion plans.

This announcement comes after P1 launched the AquaX Pro Enduro and AquaX Pro Sprint series in the USA earlier this year.

Jetcross is P1’s first acquisition since it bought the Honda powerboat series in the UK in 2010.

Lisa Barsby, clinic Head of AquaX – International said: “The owner of Jetcross, physician Julien Bastien has built a reputation in Europe as the leading PWC promoter for stand-up circuit racing. His understanding of what racers want and the marketing profile of his events has committed the best riders from around Europe to his Tour. We are very excited to amalgamate  Jetcross into P1 and we look forward to the continued rise of PWC racing in Europe, Asia and the Americas”.

Julien Bastien commented: “I have followed the success of AquaX since 2011 and seen it gain a reputation as one of the most professional and high profile PWC promoters in the world. I want the Jetcross brand to become a world leader in PWC racing and I believe that this merger with P1 will allow this to become a reality. I can’t wait to get started”.

As part of the deal, Bastien will head up P1 European events as well as providing guidance and experience to the overall P1 AquaX global expansion throughout Asia and the Americas. Barsby will continue in her role as Head of AquaX – International.

James Durbin, CEO of P1 “This move is a significant statement regarding our commitment and expansion plans for PWC racing. Following the ground-breaking TV deals with FOX Sports and NBC in the USA earlier this year, we needed to expedite our European expansion plans to capitalise on the exponential growth and profile that AquaX has created. Jetcross  is a strong brand with a superb reputation for promoting PWC racing and we are delighted that it will now be part of the P1 family of marine racing brands”.