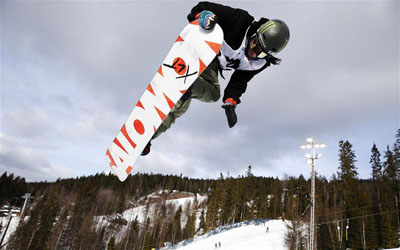 Oslo, the capital city of Norway, have confirmed they will bid for the Olympic and Paralympic Winter Games in 2022.

The decision was made by Oslo City Council. If successful it will be the third time Norway will host the Winter Games.

With the concept ‘Games in the City’, Oslo wishes to stage ultra-compact and urban winter games in the city itself. Oslo will cooperate with Lillehammer on the alpine disciplines, and bob, luge and skeleton.

“Oslo is the only capital city in the world that can host all the Winter Olympic disciplines, with a few exceptions, in the city itself. We will invite the world to Oslo and show that the winter games can be staged in an urban environment,” says Governing Mayor of Oslo, Stian Berger Røsland.

Oslo’s concept, ‘Games in the City’ involves the whole of Oslo. The arenas will be developed in a semi-circle around the city, all located a mere 10-15 minutes from the Olympic Village. The public celebrations will take place downtown of Oslo.

Oslo 2022 will also build on established traditions and experience, and cooperate with Lillehammer on hosting the alpine disciplines at Kvitfjell/Hafjell, including bob and skeleton.

“The whole world knows Lillehammer after the very successful Winter Games in 1994. In 2016, Lillehammer will host the Youth Olympic Games, and we wish to build on existing expertise. Together, our two former Olympic cities will invite the world to enjoy an intimate and spectacular event in 2022,” said vice mayor Department of Environment and Transport, Ola Elvestuen.

Over the past year, the City of Oslo has made extensive preparations and spent NOK 90 million on conducting thorough, quality-assured background work in connection with the application process. The whole Norwegian sports community has recently endorsed the application to host the Games. On 19th of June, Oslo will submit its application for a state guarantee to the Norwegian government.

“I’m very optimistic and believe nothing can stop us from proceeding with the bid process,” Governing Mayor of Oslo, Stian Berger Røsland added.