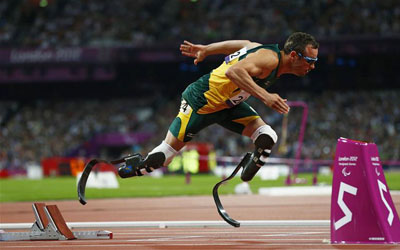 South African Paralympian Oscar Pistorius is to part ways with the public relations firm hired after his arrest over the killing of his girlfriend, the company says.

CEO Janine Hills said on Thursday Vuma Corporate Reputation Management is still working with the star sprinter, but is ‘in the process of a handover’ which began last Friday.

The company was hired amid vast interest from the South African and international media after Pistorius was arrested and accused of murdering his girlfriend Reeva Steenkamp in the early hours of Valentine’s Day.

Hills said the company had initially expected to work with the 26-year-old Pistorius for a couple of weeks, helping to field up to 500 calls and 2,000 emails a day from the media.

“The family was just not strong enough” she said.

“The family was not in a position to speak to the media.”

Pistorius has already been dealt blows by losing major sponsors Nike and Oakley who have suspended their accounts with the Paralympic star.

Prosecutors have charged Pistorius with the premeditated murder of his 29-year-old model girlfriend and he is due back in court in June.