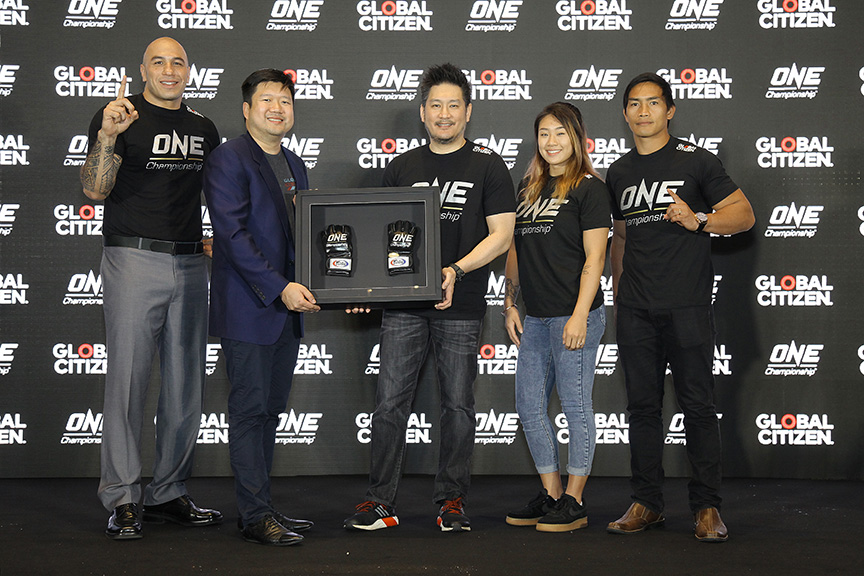 ONE Championship has partnered with Global Citizen, an international advocacy organisation, which has the aim of ending extreme poverty across the world by 2030.

Global Citizen will leverage ONE’s platform to engage millions of martial arts fans around the world to support initiatives and find solutions to the issues associated with extreme poverty.

Fans will have the opportunity to take action and engage with specific policy areas including, education, food security, hunger and nutrition, global health, gender equality and empowerment.

“Our ONE Championship athletes embody the spirit of perseverance and many have risen through poverty through martial arts, inspiring millions of people around the world with their journey. Through our collaboration across all 24 of our live events scheduled in 2018, ONE Championship and Global Citizen aim to affect positive movement in our society.”

“Since we launched Global Citizen in 2012, over 13 million actions have been taken, and we are excited to drive more actions and increase our impact for the world’s most marginalized people through this partnership.”