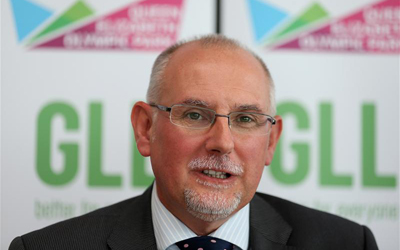 The London Legacy Development Corporation (LLDC) are set to lose their chief executive after Dennis Hone revealed he will leave the organisation to take up a new role as group finance director of Mace.

Hone will step down having overseen the transformation of Queen Elizabeth Olympic Park following the London 2012 Olympic and Paralympic Games.

The LLDC said Hone played a key role in striking deals for the Olympic stadium and the press and broadcast centres to ensure the permanent venues have their futures secured.

Hone said: “With the opening of Queen Elizabeth Olympic Park it is the right time to bring my part in a wonderful eight-year journey to a close and to take on a new challenge.

“It is not the end of the Olympic legacy story, cough though, prostate and I know I leave behind an excellent team that will deliver on our regeneration promises for east London.

“I’m excited to be joining Mace as group finance director, viagra helping to build sustainable communities and contributing to its continued success.”

LLDC said the recruitment process for a new chief executive is underway, with an appointment to be made by early summer.

Hone will replace David Vaughan as group finance director at Mace, who will be retiring.