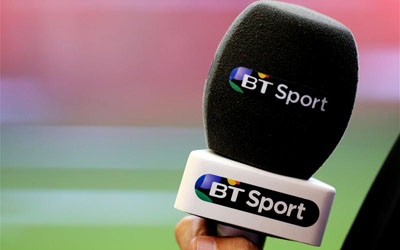 The ability for BT to spend large money during the next Premier League broadcast rights auction is under threat after regulator Ofcom proposed restrictions on their broadband profits.

With the launch of BT Sport, sports rights such as the Premier League have become a big part of BT’s way of winning further broadband customers.

For the first time, Premier League football was made free last year, when BT offered BT Sport for free to their broadband customers.

However, now Ofcom, the government-approved regulatory and competition authority, has proposed tighter controls over the wholesale prices for “piggy-backing” on its broadband network.

In a report in The Guardian, telecoms expert James Barford at Enders Analysis said: “This is a watershed. It discourages BT from spending a lot more money in any future auction, including the Premier League.

“From Sky’s perspective this is excellent news. TalkTalk is very pleased because it gives some comfort that BT will stay honest.”

Ofcom have warned they will police the margin between the wholesale price of BT fibre optic and the retail prices they are charging the customer.

This will stop BT undercutting their rivals such as TalkTalk and BSkyB, who rely on BT’s connection network to sell their own broadband services.

In the Daily Telegraph, a BT spokesman commented: “There is strong competition in the UK broadband market and we are confident our pricing will pass any regulatory test that may be put in place.”

A TalkTalk spokesman added: “We’re really pleased that Ofcom proposes to start regulating fibre more effectively. We have long maintained that the time has come for fibre to be more robustly regulated, starting with a margin squeeze test.

“What matters most is ensuring a level playing field and competition for fibre in the future.”

“We want the market to be as competitive as standard broadband so that customers can enjoy better choice and value.”