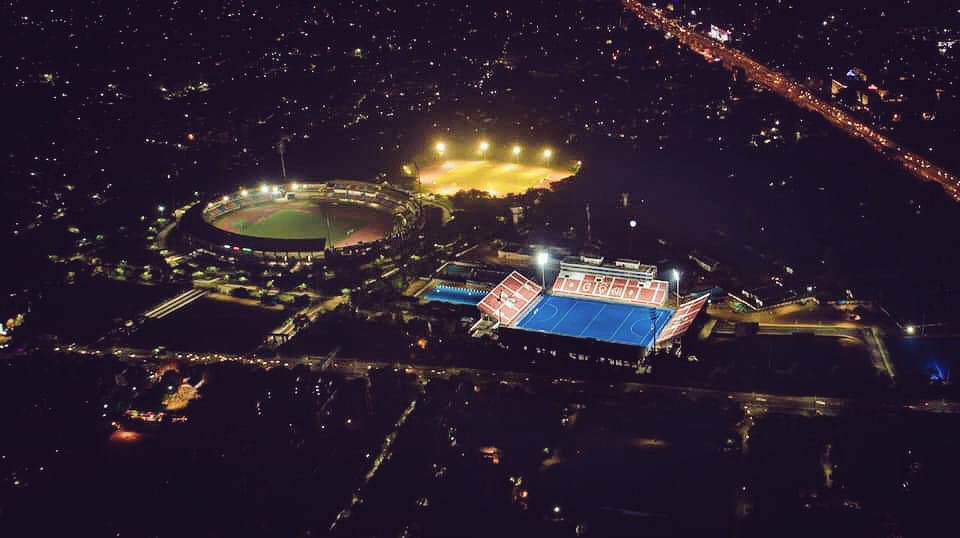 The Odisha Hockey Men’s Hockey World Cup Bhubaneswar concluded recently (16th December) with Belgium emerging as the winner. It was heartbreaking when India lost in the quarter-finals but the 16-day event was a carnivalesque affair. The idea of organising the world cup in Odisha was to put the state on the global map and I am proud to say that we achieved our target. The demand for tickets outstripped the supply and the diet of sport in Odisha for those two weeks was overwhelming. Bhubaneswar, the host city which is also India’s number one smart city, got smarter to offer a holistic experience to tourists for Odisha Hockey Men’s World Cup 2018.

We knew from Day 1 when we were chosen as the host city for the world cup that we would like to build a stadium which was world class. The spruced-up venue has both practice and main turfs re-laid with new blue turf as per the FIH specifications. The capacity of the main stadium was increased to 15,000. Two new galleries, one on north and other on the south side, were added to the iconic venue, making it a total of four grandstands.

Besides four Players’ Changing Rooms, designed after thorough research done across player’s changing rooms utilised for various High-Performance International/club sports and set up for the first time ever across any hockey stadium in the world, three dedicated Goalkeeper Equipment Rooms were also been designed keeping in mind the elaborate kitting that a Goalkeeper has and a dedicated Umpire’s Changing Room.

An exclusive Lounge for the Players and Officials, along with a dedicated Media Centre, special boxes for VIPs and Officials were also being created at the venue. Also, a Walk of Champions has been created, showcasing the World Cup winners starting from 1971 to 2014 dedicated to Men’s Hockey World Champions and the athletes participating in the World Cup.

The mobile application called ‘BhuNav’ was launched by Bhubaneswar Smart City Limited to provide directions to various places inside the stadium and the entire stadium was fully Wi-Fi enabled.

Odisha dazzled one and all with the glittering opening ceremony for the Odisha Hockey Men’s World Cup Bhubaneswar 2018 at the iconic Kalinga Stadium. Bollywood actor Shah Rukh Khan, Madhuri Dixit and renowned music composer AR Rahman dished out enthralling performances. The world cup anthem was performed live by the music maestro. The ceremony showcased first-of-its-kind theatrical production – The Earth Song, which beautifully depicted the theme of the ceremony.

Our World Cup anthem by AR Rahman featuring actor Shahrukh Khan garnered more than 11 million views. We promoted the event aggressively both nationally and internationally. We unveiled our Sports Tourism campaign which was one of its kind called ‘Odisha by Morning, Hockey by Evening’ on the iconic red buses in London during the women’s world cup. International media loved and it called it ‘a fresh concept’.

The same campaign was also launched in Munich, Sydney and Kuala Lumpur. We made sure we promoted the campaign through all our major tourism events like WTM in London and PATA in Malaysia. We also organised roadshows both nationally and internationally. We also launched two more campaigns namely ‘Heartbeats for Hockey’ and ‘Ab Bas Hockey’ to promote Hockey in India.

Apart from these activities, we organised a series between New South Wales and Odisha team to inaugurate the newly renovated Kalinga stadium. There was also an exhibition match of the legends i.e. Dilip Tirkey XI vs Dhanraj Pillay XI. We also launched a Cheer song by Mika Singh, organised Asia’s First Ekamra Sports Literary Festival which saw in attendance many national and international sportspersons and journalists, installed Trophy Replicas and unveiled the Countdown Clock.  We also organised beach cleaning and plantation drive as part of the world cup as well.

One of the most remarkable features about the Kalinga stadium is that it became a ‘Zero waste facility’ which is an innovative approach to segregate the waste generated at source and making composting of the biodegradable ones with an ultra-modern facility. During the tournament an estimate approximately, 1 tonne of waste was collected at the facility on a daily basis, comprising 30% organic, 25% PET bottle and plastic, 30% paper cups and cardboards, 10% metal and glass and mere 5% of rejects.

Tourists, players and citizens enjoyed the Ekamra Walks which are a weekly heritage walks for visitors to explore the heritage trails of Bhubaneswar. The walk is a non-profit initiative by the unified effort of Bhubaneswar Municipal Corporation (BMC), Bhubaneswar Development Authority (BDA), and Odisha Tourism.

A Street Art And Murals Project (STAMP) brought together artists and volunteers to paint the city’s largest wall murals along a 40km road network to promote the Odisha Hockey Men’s World Cup 2018.

The murals feature hockey players and the world cup mascot Olly, which is the Olive Ridley Turtle. Odisha’s Gahirmath beach is the world’s largest known rookery of Olive Ridley sea turtles. The arts became a selfie and photo-op point for everyone who was in Bhubaneswar for the world cup.

Bhubaneswar joined forces with Clean Air Asia for an Air Quality Management Program for clean air as there were apprehensions about the same among foreign players and tourists after hearing about Delhi. Bhubaneswar, in general, is a green and clean city. Bhubaneswar has progressed on a wide gamut of activities, e-waste, e-vehicles, rooftop solar, etc. and cemented itself as a leading Smart City in India with its ‘Clean E-Bhubaneswar’ program.

The craze for hockey in Bhubaneswar is overwhelming. We wanted everyone to soak in the carnivalesque kind of experience. Therefore, we organised a city festival which comprised of entertainment, storytelling, art trails and an international food festival. Eminent artists like Farhan Akhtar, Sona Mohapatra, Shreya Ghosal, Shankar-Ehsaan-Loy and Vishal-Shekhar performed during the fest. Needless to say, it was a packed house.

It was an important year for tourism as well as it was the host partner of the world cup. The world cup has now put the state on the global map as a prominent ‘Global Sports Destination’.  Last year, when we organised the Asian Athletics Championship and Hockey World League, the state received a record footfall of both national and international tourists. This year we surpassed. We signed a content partnership with TripAdvisor and a MoU with Oyo rooms for the world cup. Sports Tourism is one of the primary agenda of the state. Also, we want to put across Odisha as an investment hub to the world. At the recently concluded Make in Odisha Conclave 2018, many businessmen spoke about the importance of sports tourism and investment. Not only that, but visitors will also get a chance to explore Religious tourism, Eco-Tourism, Buddhist circuit and art and crafts of Odisha. We participated in various events both nationally and internationally and promoted the world cup.

The Handicrafts Textile and Handlooms department of the government of Odisha, decided to locally create and provide all the souvenirs and mementoes for the Hockey World Cup.

As a memento for all the participating countries, each player was given an Ikat stole and a Dhokra artefact packed in a Navrangpur Lacquer Box. Each stole was designed for men using traditional ikat motifs but in the colours of the participating countries. Produced in Sonepur and Sambalpur- in western Odisha, 16 unique silk stoles were presented to the respective team players.

The Hockey Men’s World Cup was further promoted during the painting and handicraft exhibitions at the International Sand Art Festival. Many sculptures were made around hockey.

Vishal K. Dev is the Commissioner-cum-Secretary for Odisha Tourism and Sports.