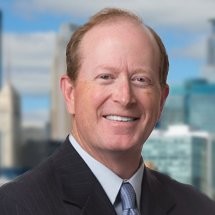 Global executive search firm Odgers Berndtson has hired Jamie Crittenberger as a Partner in its U.S. Sports Practice. He will be based in Washington, D.C.

Crittenberger from Spencer Stuart, where he was a member of its global consumer practice and the co-leader of its North American Sports Business Practice.

“We’re very excited to welcome Jamie to the Odgers team,” said Steve Potter, CEO of Odgers Berndtson U.S. “He’s a gold standard recruiter and has more than twenty years of experience working with many of the world’s most influential sports organizations. He’s going to play a big role at Odgers.”

Crittenberger was the CEO and co-founder of Starbridge Media Group, a VC-backed global sports advisory and production firm that worked with teams, leagues, agencies, universities, athletes, and corporate brands around the world.

Greg Santore, who was brought in last July to head the Sports Practice, said: “Jamie’s addition to the firm is a win for Odgers and the industry,” said Santore said. “His extensive work with professional sports leagues, teams, and related entities nicely augments our current expertise in collegiate sports, gaming, and esports, and helps to further expand both our domestic and international client offerings.”