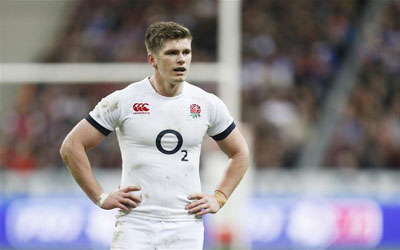 ‘Wear the Rose’ from O2 will allow fans to be immersed in a multi-sensory take-over and feel as though they are part of the Senior England Rugby Team, whether it’s a team talk from Captain Chris Robshaw, getting tackled by hooker Tom Youngs, or receiving a pass from fullback Mike Brown.

The experience was created using nine GoPro Hero 3 cameras in a custom built gimble, specifically designed to exploit the capabilities of Oculus Rift. After developing the technology to capture the video, it took a further 160 hours of filming and 320 hours of development to create an experience that allows users to turn their head in any direction, with the content responding and moving in unison, displaying a full 360-degree visual spectrum.

People will be transported into a world where they find themselves on the rugby training pitch, surrounded by familiar faces from England’s Elite Player Squad. ‘Wear the Rose’ allows fans to train with the England team, participating in genuine drills directed by England Attacking Skills Coach Mike Catt, which will take their senses to the limit and make them feel as though they have just stepped in for their very first England call-up.

Released to coincide with the 2014 RBS 6 Nations, ‘Wear the Rose’ follows last year’s launch of O2 Matchday, a free multi-platform rugby app that uses exclusive Ref!Link technology to provide a live feed from the referees microphone directly to any device.

Nina Bibby, Marketing and Consumer Director at O2 comments: “We love discovering new ways of using technology to deliver exciting experiences for our customers, and what better way to bring England Rugby fans closer to the action than ‘Wear the Rose’ from O2.

“We’ll transport you into the virtual rugby boots of the England squad, taking in the heart pounding action of a full training session. This exciting technology really has to be experienced to be believed and we’re looking forward to bringing it to rugby fans across the UK this year.”

Mike Catt, England Attacking Skills Coach said: “It was great to work with O2 on the development of ‘Wear the Rose’, getting to see the technology used for the first time in sport was fantastic. We tried to re-create as authentic an England training session for rugby fans as possible, and we really hope they enjoy the experience.”