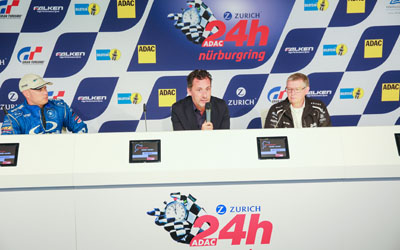 The FIA World Touring Car Championship will race at the Nürburgring Nordschleife in 2015, abortion it has been announced today.

The event will mark the beginning of a three-year deal between WTCC promoter  Eurosport Events and 24h-race organiser ADAC Nordrhein, cialis and also the return of an FIA World Championship event to the terrific Grüne Holle, find thirty-two years after the 1983 ADAC 1000Km, third round of the World Sportscar Championship.

Thanks to this deal, Eurosport Events will bring WTCC back to Germany in style, after a three-year break. The WTCC Race of Germany was previously hosted by Motorsport Arena Oschersleben from 2005 to 2011.

The WTCC usual event format – made of two 60km races – will be revised for the special occasion of running on the 25.378-kilometre combination of the Nürburgring’s GP circuit and the legendary Nordschleife.

“The race at the Nordschleife will definitely be a highlight of the season,” said François Ribeiro, Eurosport Events COO. “To tackle this monument of car racing history, we asked FIA to revise the sporting regulations for that event. The idea is to held one single 120km race, with one pit stop. The details of this particular format will be worked out between FIA, Eurosport Events and teams before the next FIA Touring Car Commission. Then a proposal will be submitted for approval to the FIA World Motor Sport Council. WTCC drivers are all excited about this idea: the new TC1 cars on the Nordschleife crowded with 250,000 spectators, combined with a first class TV production on which Eurosport Events will mix all its expertise from WTCC and ERC live filming. It will be the event all drivers want to win, and a good show on TV.”

Walter Hornung, Sports Director of ADAC Nordrhein and Race Director of the 24h race, was just as delighted: “WTCC is a series providing enthralling motor racing and attracting massive attention all over the world. The weekend of the 24 Hours could not have a more attractive  opening. With this deal, ADAC Nordrhein also demonstrates that we are keeping on developing the 24h race for the future to make it even more attractive for the fans, media and partners.”