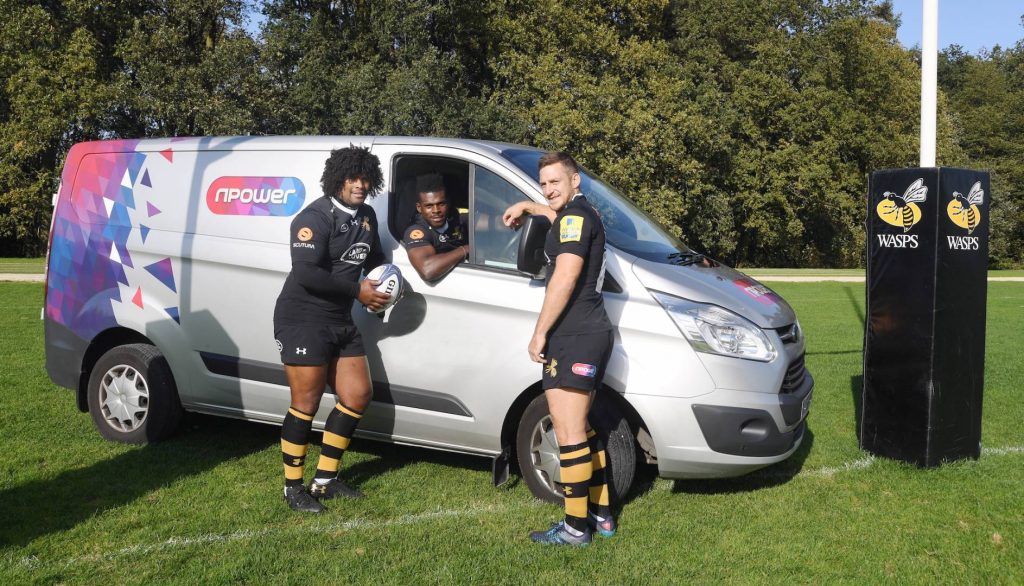 Wasps and npower announced a new partnership to further enhance the Ricoh Arena’s sustainable approach to energy, helping power sport, business and entertainment at the Arena.

Wasps will be generating their own electricity as well as creating heat for the stadium and the under pitch heating system, thanks to npower’s Combined Heat and Power plant.

The new partnership will see npower launch an exclusive tariff for Wasps rugby and netball fans, as well as visitors to the Ricoh Arena in 2018. Fans will also benefit from a series of exclusive customer offers, competitions and energy saving tips for their home and family.

Stuart Cain, commercial director of Wasps and the Ricoh Arena, said: “We are delighted to be partnering with npower. This is a powerful partnership for both the Club and Arena.

Delighted to announce today that @npowerhq will be joining our family of partners as our Official Energy Partner!

“npower’s technical expertise and infrastructure is a game changer in the way our Arena can power our three business drivers of sport, business and entertainment.

“npower shares Wasps’ values in the commitment to our local community and the new tariff offering will be an exciting addition for our fans. We are excited to be working with such a well-known brand and one that further enhances our growing family of blue-chip partners.”

Andy Wiggans, commercial and marketing director for npower, added: “We’re delighted to be joining the Wasps family in a partnership which will see us supply power and gas to the Ricoh Arena and partner on a number of ground-breaking energy saving measures.

“We’ll also be working alongside Wasps RFC and Netball to support the local community and give fans the chance to get even closer to their team. We can’t wait to get stuck in.”