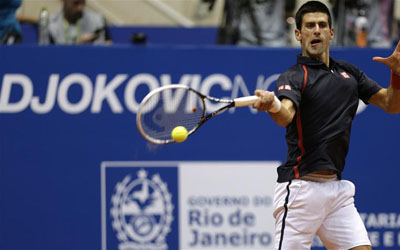 Under the terms of the exclusive multi-year agreement, IMG will represent Djokovic in developing a brand building strategy through marketing, endorsements, appearances and licensing along with select global business initiatives.

In making the announcement, IMG Chairman and CEO Mike Dolan said: “Novak Djokovic is a superbly talented tennis player, and world-class competitor who demonstrates a very strong character through his passion and commitment to his game. I believe he has the ability to translate those qualities into achieving great success working with global brands in the marketplace.”

“I’m very happy with how my career has been advancing these past few years. Working with IMG will continue to build off of that momentum. IMG’s expansive global footprint will offer me a truly unique set of resources to explore business opportunities that simply do not exist anywhere else in the industry,” added Novak Djokovic.

Fernando Soler, Head of IMG’s Global Tennis division, commented: “We are very pleased to have a great champion such as Novak, who is widely considered to be one of the greatest tennis players of all time, choose IMG to work with during this momentous time in his career.”

In 2011 he became the sixth player in history to win three grand slam titles in a one year period. He is also the first male Serbian tennis player to win a Major singles title and the youngest player in the open era to have reached the semifinals of all four Grand Slam events, separately and consecutively.