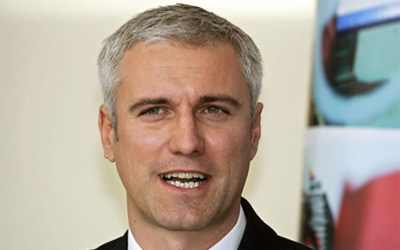 Not In My Backyard – Paul Freudensprung

The citizens of two western European cities have recently voted against bidding for the Olympic Games. The Canton of Graubünden rejected a bid for the 2022 Olympic Winter Games with a close margin of votes, while 72% of all votes casted in a referendum in Vienna were against bidding for the 2028 Olympic Games. The reason for rejecting Olympic bids by the populations of both regions has been reported as the same:  The main concern was related with the high costs of staging the Games. People seemed to perceive that the benefits associated with hosting the Games do not warrant such an expense. Furthermore significant cost overruns in most editions of past Games added to concerns.

The IOC has recognized the issue of the costs of staging Olympic Games years ago and has been pursuing the objective of reducing the cost of Olympic, but little has changed. Most bids have been presenting budgets with very similar overall costs in the past.  And the IOC in the end decided to introduce the Youth Olympic Games with a much lower price tag, which at least in the beginning also were touted as an option for countries that could not afford to host Olympic Games. Furthermore, in their host city decisions the IOC members more often than not have leaned towards investment heavy bids that allowed opening new sport markets in developing countries the recent past.

So, are we observing a trend of small, developed western economies dropping out as potential bidders? For the Olympic Winter Games 2022, the next bid process coming up, Munich, Barcelona and Oslo have been named as considering or preparing a bid. A planned referendum in Oslo about the project in September may tell us if there is something for the IOC to be worried about. At the moment the IOC is still attracting more than sufficient interest in bidding for Olympic Games.

However, attracting solid bids for the Olympic Games is only one aspect of this issue. The other aspect is the people and their connection and regard for the Olympic Movement as such. Detailed understanding is required about why people on the street have voted in two occasions against Olympic Games in their own home town. TV viewership of the London 2012 Olympic Games reached new record highs, and it seems that also at least in Vienna and Graubünden people prefer to enjoy the Games at a distance. The IOC surely will be interested in knowing whether these were isolated cases or if this is a sentiment shared by people in other potential host cities.

He has over 15 years of experience in the sport industry and specialises in directing and advising multi-stakeholder working groups at major events where different objectives and interests need to be aligned in order to develop effective event operations and functional venue infrastructure.

Paul has been involved in operations of 4 Olympic Games, 2 FIFA World Cups, and was the Games Plan Director of the 2014 Salzburg Olympic Winter Games Bid. In 2006 Paul set up his own consultancy company offering strategic solutions related to the development of integrated event operations programs, appraising contractual issues around venue agreements and supplier contracts and defining infrastructure development concepts and operational venue designs. He also teaches courses on event management for the MBA program at the European University in Barcelona.