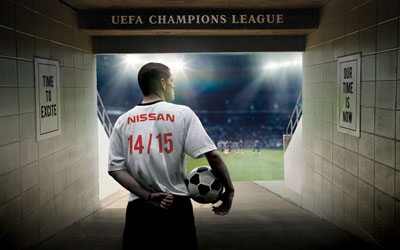 As part of this partnership, Hertz will provide logistical support to help Nissan, the official global automotive sponsor of the tournament, transport executives and officials to and from match stadiums and facilitate related pick-ups.

The agreement means Hertz will supply Nissan with use of the all new Nissan Qashqai 5-seater and the New Nissan X-Trail 5-seater and 7-seater. With approximately 11,555 corporate and licensee locations across 145 countries, dedicated local points of contact and a specific booking hub, Hertz is ideally placed to offer Nissan a service of unparalleled speed and convenience.

Michel Taride, Group President, Hertz International, said: “Hertz’s reputation as a mobility solutions provider has been built on streamlined packages for major sporting events such as The Wimbledon Lawn Tennis Championships for 20 years and the Rugby World Cup in 2013. We are naturally delighted to support a winning Nissan team. We look forward to an action-packed season of football over which we will support Nissan in providing a comprehensive mobility package.”

The partnership with Nissan kicked off in Cardiff on August 12th with the UEFA Super Cup, for which over 70 vehicles were needed.  Hertz also supported Nissan in the coordination of executive and VIP transport to the official UEFA Champions League group stage draw on August 28th.

Nissan will be using four Hertz vehicles per UEFA Champions League group game, while the final in Berlin on June 6, and other related events will require between 20-160 vehicles. Nissan and Hertz have estimated that a league-topping 400 vehicles will be used throughout the 2014-2015 season alone.