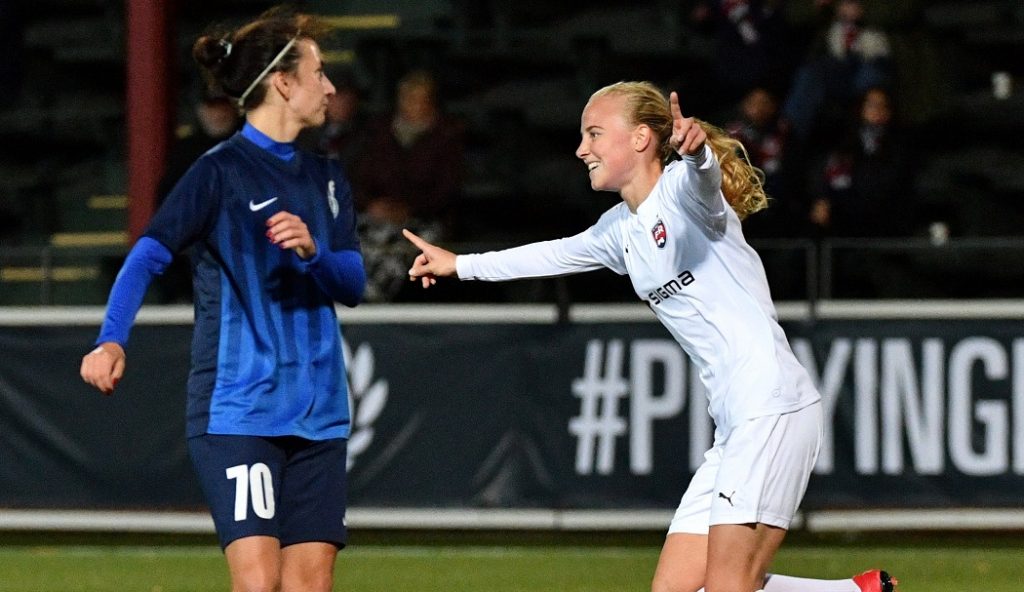 Nike has launched the team uniforms for 14 national squads ahead of this year’s Women’s World Cup in France and signed a three-year promotion deal with UEFA Women’s Football, part of its growing focus on women’s sport.

The United States, Canada, France, England and Australia were among the teams whose kits were released at an event in Paris, attended by 28 of the world’s top female footballers.

The Women’s World Cup will be held from June 7 to July 7.

Nike’s announcement of a partnership with UEFA comes three months after Visa signed a seven-year deal with European soccer’s governing body to sponsor the women’s game at all levels.

In a related development, Adidas announced that the players it sponsors on the team that wins the Women’s World Cup this year will receive the same performance bonus payments as their male counterparts.

The announcement followed news that the U.S. women’s national soccer team is suing their federation with allegations of gender discrimination, where all 28 members of the squad were named as plaintiffs in federal court.

Eric Liedtke, Head of Global Brands at Adidas, said in statement:  “Today we are announcing that all Adidas athletes on the winning 2019 FIFA Women’s World Cup team will receive the same performance bonus payout as their male peers.”

“We believe in inspiring and enabling the next generation of female athletes, creators and leaders through breaking barriers.”