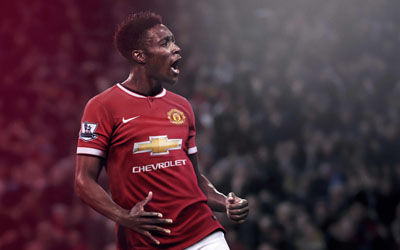 Sports apparel company Nike have confirmed today they will not renew their association with Premier League giants Manchester United when the deal expires at the end of next season.

The U.S. company has been supplying United’s kit since 2002 but felt an extension ‘did not represent a good value’.

A Nike statement, obtained by iSportconnect, read: “Manchester United is a great club with passionate fans. We are proud to have partnered with them for the last 12 years and will continue to sponsor the club until the end of the 2014/15 season.

“Any partnership with a club or federation has to be mutually beneficial and the terms that were on offer for a renewed contract did not represent good value for Nike’s shareholders.

“We look forward to a successful final season with the club.”

Their withdrawal could clear the way for the club to sign a lucrative new deal with German sportswear company adidas with reports sugesting the new contract could cost up to £60 million per season.

United to Bounce Back

Steven Falk, Star Sports Marketing director, analysed the developments by saying: “From the day they acquired club, MU’s owners made no secret of their dissatisfaction with the Nike deal considering it too long a duration; too many categories ceded by the club; and an imbalance in the level of reward due to each party.”

“This is their first opportunity to renegotiate the deal so it is not surprising they want to shape it to their needs and to maximise the financial potential they can extract either from Nike or from an alternative supplier. The success of this approach can be seen from the record deal they negotiated with GM who replace Aon on this season’s shirt, the other big sponsorship property,” added the former Manchester United Marketing Director.

“As it is reported that that Nike has the option to to match any competing deal, the announcement of their withdrawal from negotiations suggests that the club already has an acceptable alternative offer on the table.

“It will be interesting to see which company is prepared to back its confidence in MU’s sale pitch with a record investment in this category. Hopefully, they have done their due diligence. Otherwise they will soon discover there is a big difference between the club’s estimate of the size of its global fan base and the number of fans actually engaged with the club.”