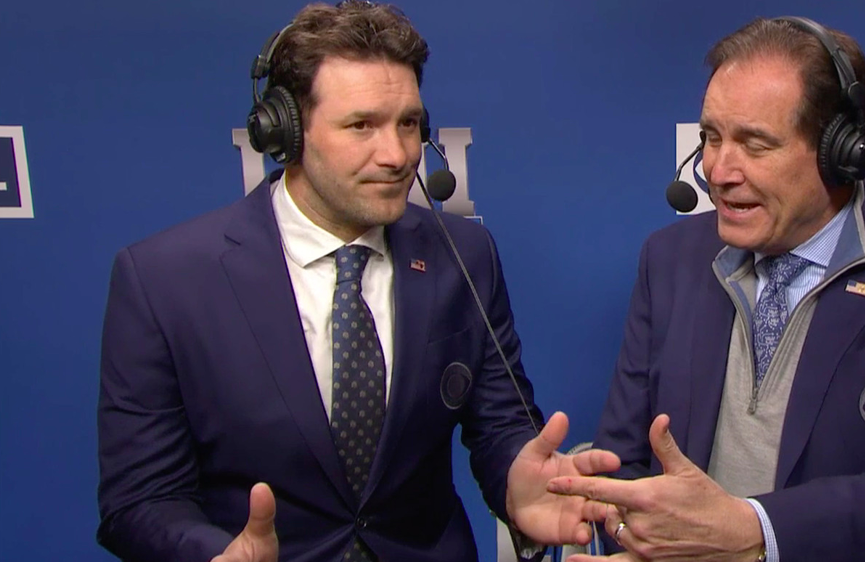 American football showed off its special attractiveness as fan entertainment on Sunday.

Because the nature of the sport is stop-and-start, prediction of what’s going to happen on the field fits naturally into the flow of the game, and former Dallas Cowboys quarterback Tony Romo made the most of the opportunity by calling the plays before they happened during the New England Patriots versus Kansas City Chiefs game on CBS.

Commentator Romo’s uncannily successful predictions of the plays that Pats QB Tom Brady actually ran on the field as he led his team to victory delighted viewers and zapped the Twitter community into a frenzy of comments.

Our favourite was: “Tony Romo was basically calling every play that Pats ran in the 4th quarter and beyond. It was super impressive but one has to ask why didn’t the Chiefs know?”

The AFC championship game, with 6:40 p.m. ET kick-off, was the highest-rated programme on American television since last year’s Super Bowl. The network tweeted that the rating for the game, which went into overtime, was 31.2, or 53.9 million viewers. That’s up 26% from the late window in 2018, the NFC championship between the Philadelphia Eagles and Minnesota Vikings with a 24.7 TVR.

The earlier (3:05 p.m. ET kick-off) Sunday game on Fox, the NFC Conference championship final between the Los Angeles Rams and the New Orleans Saints, which also went into overtime, drew a 27.1 rating (about 31.2 million viewers) in metered markets. That was the lowest rating for the early window since 2013.

CBS will air Super Bowl LIII exclusively from Atlanta on February 3 as the Pats take on the Rams. Commentator Romo will get a chance to prove that he wasn’t just lucky with his predictions.