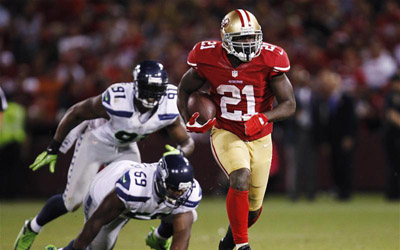 Anheuser-Busch, a major sponsor of the NFL, have revealed their concern of the league’s handling of the recent domestic violence and child abuse charges facing active players.

Anheuser-Busch, the official beer of the NFL since 2011, previously had declined to comment on the Ray Rice and Adrian Peterson cases, among others. But Tuesday, a spokesperson released this statement:

“We are disappointed and increasingly concerned by the recent incidents that have overshadowed this NFL season. We are not yet satisfied with the league’s handling of behaviors that so clearly go against our own company culture and moral code. We have shared our concerns and expectations with the league.”

The NFL responded with spokesman Brian McCarthy saying: “We understand. We are taking action and there will be much more to come.”

Pepsi also released a statement on the NFL: “Domestic violence is completely unacceptable. We are encouraged to see the NFL is now treating this with the seriousness it deserves”

The news follows Radisson Hotel suspending their sponsorship of Minnesota Vikings until the issue with Peterson was resolved. Peterson has also lost Castrol as a personal sponsor.

“In light of recent events, Castrol has decided to end our relationship with Adrian Peterson,” Paul Giblett, a spokesman for the company said Tuesday. Peterson’s other major sponsor Nike will ‘closely monitor the situation’.