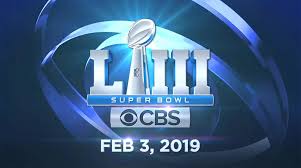 Tax preparation software brand TurboTax will sponsor the National Football League’s two conference championship games scheduled on January 20 and will also run a Super Bowl advertising spot for the sixth straight year in the February 3 game at the Mercedes-Benz Stadium in Atlanta.

It is the first time the NFL has enlisted a sponsor for both the AFC contest (on CBS this year) and the NFC final (on Fox). TurboTax Live will be the presenting sponsor.

Intuit, the parent company of TurboTax, is now the NFL’s official sponsor for financial and accounting software, as well as tax-preparation services under a deal estimated to total over $15m (£11.7m) including TV ad buys.

With this season’s Super Bowl LIII on CBS a month away, there is reportedly limited inventory still available for ads, mostly in the second half.

The network has been getting upwards of $5m (£3.9m) for each 30-second Super Bowl spot.