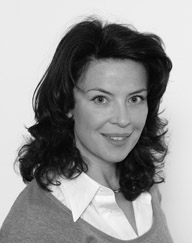 The National Football League has set its sights on ambitious new revenue targets, hoping to boost income from £6bn to £15bn by 2027.

Needing an average increase of £750million a year, the League has turned its attention to live games, which are powerful tools for attracting advertisers and converting new fan bases.

Sparked by increased marketing and commercial investment and on the back of a record breaking International Series in the UK, the NFL has laid out plans for further global expansion into Germany, Asia and Latin America.

The new markets have been carefully selected, with Germany home to an already sizeable fan base and Brazil situated in the same time zone as the US – a plus for live matches.

London will remain the League’s flagship event for promoting the sport overseas but the new countries, set to be announced at the end of the season, will build upon American Football’s rapid popularity growth over recent years.

The expansion does face some challenges however, both morally and logistically. The NFL is currently in the midst of a sports PR crisis, with multiple incidents of domestic violence hurting its brand in America.

Fans, sponsors and women advocacy groups have accused the League of being too lenient yet, with negative sentiment currently contained, it remains to be seen whether the League will need to employ some sports crisis management overseas.

Observers also note that the NFL has been trying to build internationally for 35 years with limited success, only recently finding a home in the UK.

With NFL Europe being the most notable sport public relations failure, there is no guarantee these new countries will take to the sport.

Luckily the NFL has a lot of aspects working in its favour to capture the interests of new markets. Coming from another country and different to any sport currently on offer, American Football is a very exotic proposition for both the casual and committed sports fan.

The experience too is unique, with its sense of grandeur and over-the-top bravado infectious to anyone sitting in the stadium.

Everything is bigger, louder, more extreme, from the base-heavy music during build-up, to the flag adorned stands, to the A-List pre-match show – and when both 53 man rosters take to the field through a cloud of smoke, fire and confetti your pulse can’t help but quicken.

It blurs the boundaries between entertainment and sport, with the kiss cams and fan competitions meaning the supporter is engaged for the entire three hour game time.

Simply put, there is nothing quite like the spectacle of an American Football game and it is this that makes it appealing to audiences with little investment in sport. This trait and more will be crucial if expansion is to succeed.

Aside from its focus on other markets, the NFL is also looking at securing its long-term future in the UK.

With three sold-out games taking place at Wembley this season for the first time and a total of 240,000 fans in attendance, the exposure has helped the NFL to attract new partners, including clothing manufacturer, New Era and insurance corporation, AON.

A new five-year agreement with Sky has also been signed, with the broadcaster committed to promoting its 80 live fixtures in the same way it promotes its other sports.

It continues to be an excellent deal for Sky, which during the season is able to fill its late night slots with quality viewing experiences.

For the NFL, Sky’s decision to grant the sport equal credence and importance as the Premier League will build American Football’s stature amongst the UK public, with whom the broadcaster enjoys a substantial reach and positive reputation.

The NFL has some excellent foundations in place, yet further commercial growth with local sponsors relevant to the UK audience is needed if American Football is going to maintain a presence for years to come.

The NFL has some big targets to hit over the coming years, yet with the sport finally taking hold overseas and with some impressive commercial agreements in place, the League finds itself in an exciting and promising period within which to continue its international growth.