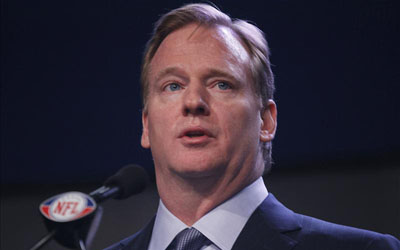 Bills sole owner Ralph Wilson died in March at age 95. It was reported that the franchise could be sold by this summer with league approval coming as early October, anabolics when league meetings are scheduled.

Ralph Wilson Stadium went through $130 million in upgrades this offseason. The Bills still have eight years on their lease with Erie County.

On regards to whether the team need a new stadium Goodell told the Buffalo News: “Yes, I do. We said at the time when they entered into a new lease that this is really a short-term solution. We need to find the right long-term solution that’s good for the community and can help the Bills to continue to be successful in western New York.”

Ralph Wilson Stadium opened in 1973 and seats 80,000. Goodell said that the potential new owner could relocate the team, but the sale of the team and relocation talk are two separate issues.

“There’s two votes. There’s one vote to approve an ownership, and if a team potentially relocates, it’s another vote,” Goodell said. “We’re not making those one vote.”