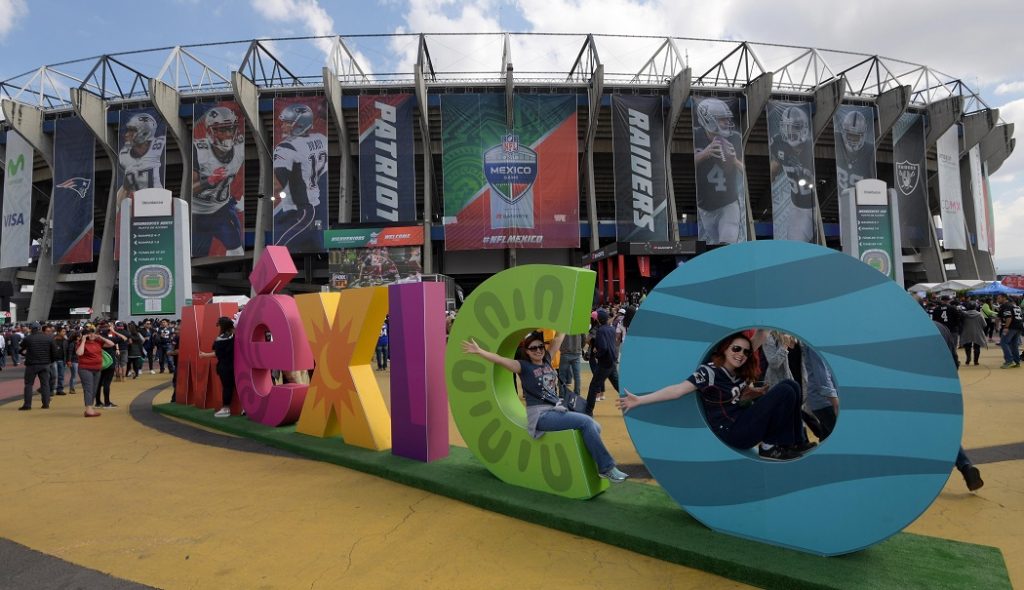 Mexico’s Ministry of Tourism and the National Football League (NFL) have announced an agreement to play three NFL regular-season games in Mexico from 2019 to 2021.

The agreement, which was announced prior to Sunday’s second-ever NFL Mexico Game at Mexico City’s Estadio Azteca, will be formalised by both parties at a later date.

The Ministry of Tourism highlighted the importance of high impact sporting events for the promotion of Mexico’s tourism both nationally and internationally. This agreement is part of the strategies that are implemented within this sector to increase economic impact.

These events have provided economic benefits to Mexico City and the country as well, by supporting the tourism sector and offering out country a platfom to be promoted internationally within the main markets that generate tourists.

The relationship with the league has served as a platform to significantly boost the tourism industry in Mexico, with fans taking advantage of the opportunity to expand their trips and explore the country.

London fixtures and the Mexico games form the NFL International Series, which has been designed to help the popular North American sport extend its fanbase into other regions.