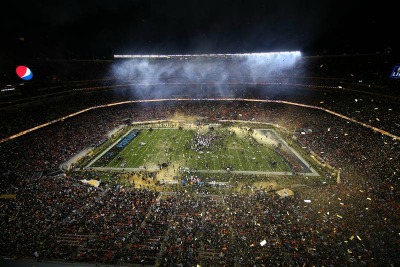 The NFL has announced the locations for the next three Super Bowls with Atlanta, Miami and Los Angeles chosen for Super Bowls LIII, LIV and LV.

The NFL announced at the Spring League Meeting that Atlanta has won the right to host the Super Bowl in 2019.

It will be the third time they host the game and the first Super Bowl in Atlanta’s Mercedes-Benz Stadium, which is under construction and scheduled to open in 2017.

The 2020 Super Bowl will mark a return to South Florida for the first time in a decade.

“Thank you to all fans and citizens for their support.”

Miami Dolphins owner Stephen Ross added: “The only thing better than winning the 2020 Super Bowl is playing in it and winning it.”