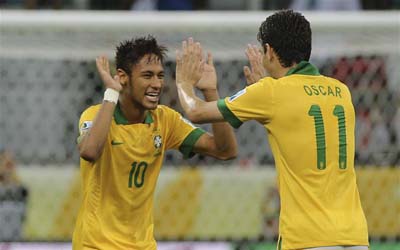 Neymar Jr. has been named among the faces of Gillette’s Rio 2016 Olympic Games campaign.

Andy Tennant said: “The opportunity to represent your country at the Olympic Games is earned, not given,”

“Every day, we as athletes face several challenges during the training process and it is imperative that we approach each situation carefully and with continued precision.  I must refine my training every day to give myself the best opportunity to achieve my dreams during the Olympic Games in Rio.”

Tina Koehler, Northern Europe Brand Manager for Gillette added: “At Gillette we understand that the journey towards precision is long, and often overlooked in favor of the end result,”

“We’re proud of the razors that we design and manufacture because we understand that behind every great shave was years of precise engineering. The same is true for athletes preparing for the Olympic Games.”