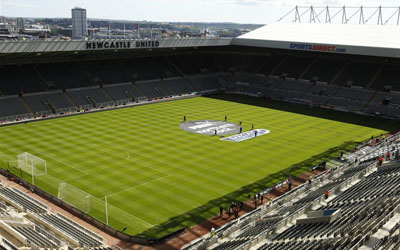 Newcastle United has revealed a large drop in profits for the year ending June 2012, medicine with the figures down to just £1.4m from £32.6m.

However, the £32.6m accounted for in the previous year, included the £35m that Liverpool paid for Andy Carroll.

Despite this, turnover increased to £93.3m, up 5.4% from the previous year, which includes a rise of 14.6% in television income as a result of their successful fifth placed finish last season.

The club say that this increase puts Newcastle back among the top 20 richest clubs in the world.

Due to high-profile signing such as Yohan Cabaye, Papiss Cisse, Demba Ba (now at Chelsea) and Davide Santon, the wage bill also rose 20% to £64.1m.

Attendances at St James’ Park rose to an average of 49,936, but ticket revenue actually dropped by 7% due to ticketing initiatives that saw cheap season and half-season ticket prices.

Because of this the club saw a record number of season ticket holders, with the numbers reaching their highest levels since 2007.

Commercial revenue was also down by 12.7% but the figures do not include the new partnership with Wonga, which the Toon claim ‘represents a significant increase on the club’s previous commercial agreements.’