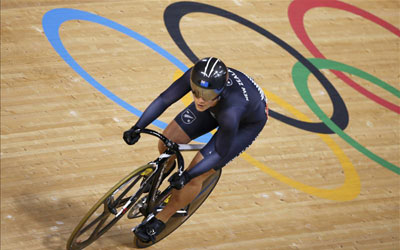 Bicycle firm Avanti have been named as the Official Bike Supplier for the New Zealand Olympic Committee at the Glasgow 2014 Commonwealth Games and Rio 2016 Olympic and Paralympic Games.

Avanti will provide models for the squad to the use to get around the Glasgow 2014 Athletes’ Village as a part of the two-year agreement.

Included in the deal are ten black Inc 2 bikes and 20 Metro 2 bikes, all of which will be donated to the Bike Station charity in Glasgow after the event.

New Zealand Olympic Committee chief executive Kereyn Smith said: “The Commonwealth Games Village is a large area, and we clock up kilometres every day getting around – from the dining hall to the gym, to the medical clinics and back to our apartments.

“Having fantastic Avanti bikes to ride will save our athletes time and ensure they can rest when they need to.

“And what’s more they’ll be black, sleek and show the rest of the village that we mean business.

“We’re also delighted to be teamed with one of the most advanced racing bike providers in the world.

“The Avanti bikes certainly stand out on the race track.”

The firm also holds sponsorship agreements with the Avanti Racing Team and at the Avantidrome in New Zealand.

Avanti founder John Struthers said: “We’re committed to cycling and we’re honoured to be working with our Kiwi athletes to help achieve their sporting dreams.

“While some athletes will be riding Avanti at the Games, we are here to support all the New Zealand athletes in Glasgow.