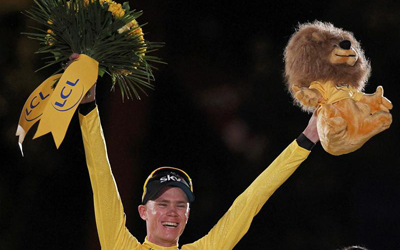 A new Olympic-sized outdoor velodrome is to open at the University of York in July, anesthetist as a part of the legacy programme of the Tour de France Grand Depart.

Jointly funded by British Cycling and York University, sale the £1.1 million facility is a response to the increased numbers of people cycling.

The new facility, drugs built by Lumsden and Carroll, has 30-degree banking at its steepest point at each end, which riders will negotiate on special track bikes with no gears or brakes.

British Cycling President, Bob Howden, said: “Following the success of British riders at the Tour de France and Olympics, there are more people than ever riding bikes in this country. However, with increased participation comes the need for new facilities.

“British Cycling has been delighted to get behind this fantastic project and hopefully we might see the next Joanna Rowsell or Jason Kenny develop at the York Velodrome.”

Coaches will lead taster and skills sessions at the facility, offering both experienced riders and those new to the sport, the chance to enjoy the facilities.

The Grand Depart starts in Leeds, Yorkshire on July 5 and marks the first time the Tour de France comes to Britain since 2007.

Professor Koen Lamberts, vice-chancellor of the University of York, said: “In the year the Tour de France comes to York, we are very proud to provide a superb addition to the city’s sports facilities that will complement our floodlit 1.2km closed road cycle circuit.

“Our partnership with British Cycling to develop this additional facility is a clear demonstration of our commitment to inspire activity and to promote the health and well-being of people across the city and beyond.”