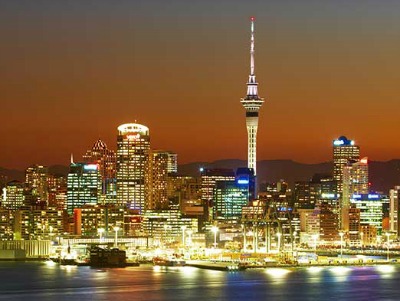 Event organisers and promoters planning events in the Auckland region from July 2017 onwards now have an opportunity to apply for sponsorship.

ATEED runs an annual contestable funding round every year, and is calling for applications from New Zealand and overseas for major multi-year and one-off events happening from 1 July 2017 onwards.

ATEED Chief Executive Brett O’Riley says Auckland has gained international recognition for its Major Events Strategy, its portfolio of events and the outcomes they deliver for the region.

“Auckland won Best Events Strategy, Best Medium City and Best Security at the recent 2016 SportBusiness Ultimate Sports City Awards, and capped it all off with being ranked fourth best sports host city in the world, beating other cities with bigger budgets and longer histories of delivering events.”

“Our 2015/16 portfolio included home-grown blockbusters like the NRL Auckland Nines, a celebration of our unique Maori history and culture with the inaugural T?maki Herenga Waka Festival, and innovative events like the Pop-up Globe.

“The coming year will be a massive one for Auckland, with tens of thousands of international visitors headed here for the World Masters Games 2017 and the NZ Lions Series on top of the rest of our varied portfolio of events,” says Brett O’Riley.

The contestable sponsorship fund for 2017/18 is approximately $1.5 million. ATEED’s targets for its 2017/18 major events portfolio is a regional return on investment of $49 million and 165,000 visitor nights.

The sponsorship application period for events scheduled in the Auckland region from 1 July 2017 onwards is open until Wednesday, 24 August. Potential applicants can attend Auckland-based workshops on the Major Events Strategy and the application process on Monday, 18 and Wednesday, 20 July.

The sponsorship round gives priority to events that align with Auckland’s Major Events Strategy. All events are assessed for their ability to generate GDP for Auckland (money that would not otherwise be spent in the region), increase domestic and international visitors nights, build awareness of Auckland internationally, and make Auckland an interesting and exciting place to live.

Outcomes of the 2017/18 sponsorship application process will be announced from January 2017.