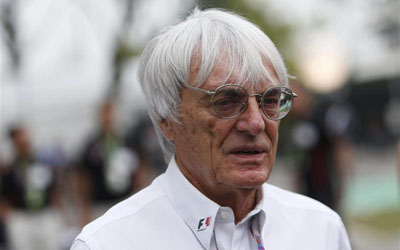 New Jersey will not host a Formula One race in 2013 according to F1 supremo Bernie Ecclestone.

Ecclestone suggested organizers “misjudged” the commercial and logistic requirements for hosting the event. Instead the American race will take place in 2014 .

“They didn’t really realize how difficult it is to arrange these things, medic commercially and with everything else,” Ecclestone said by telephone today.

The race was to be run along the waterfront in Weehawken and West New York, across the Hudson River from New York City. It was placed on the 2013 Formula One calendar last month with an asterisk alongside showing it wasn’t confirmed.

Citing Mayor Richard Turner of Weehawken, New Jersey, the Jersey Journal reported yesterday that the race was canceled because road repairs and permits for the 3.2-mile (5-kilometer) course are behind schedule.

Event promoter Leo Hindery, managing partner at InterMedia Partners LP, said as recently on Oct. 5 the race would go ahead as planned on June 16, 2013.

Formula One, the most-watched auto racing series, is scheduled to return to the U.S. for the first time since 2007 on Nov. 18 at a new $300 million track in Austin, Texas.