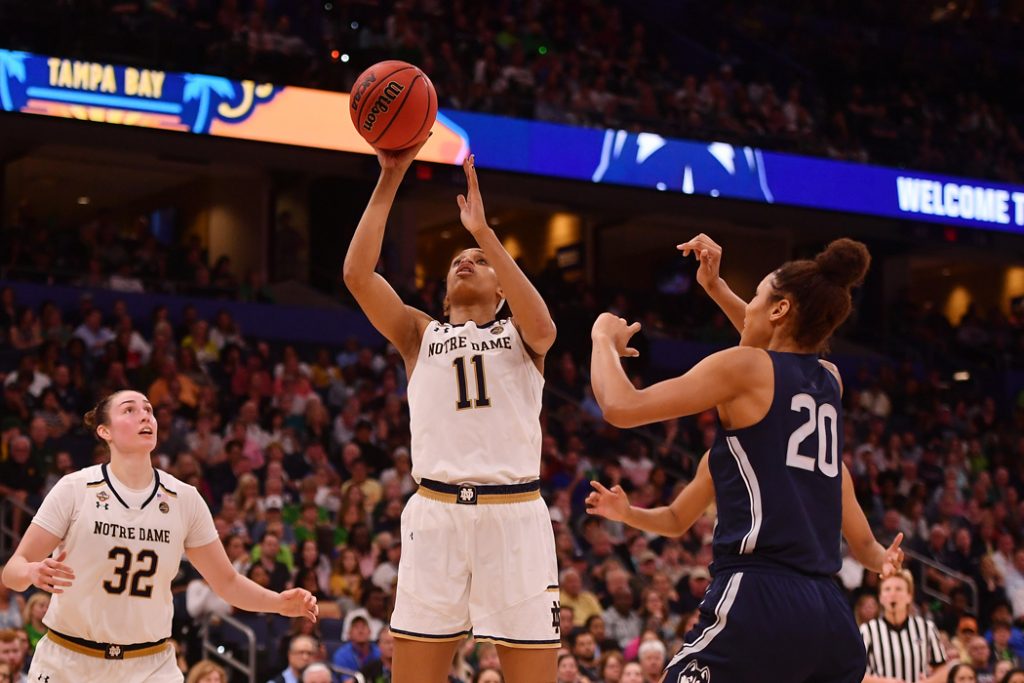 Following up on the high-profile Women’s March Madness tournament, the NCAA has announced its strategic plan for women’s basketball, a game plan to guide decision-making in the sport across all three college basketball divisions through 2024.

“Women’s college basketball just experienced a phenomenal and exhilarating postseason with the 2019 NCAA Division I Women’s Final Four and the Division II and III national championships,” said Lynn Holzman, NCAA Vice President of Women’s Basketball (see video below). “Playing off these successes, we are excited to be officially rolling out our new game plan for the next five years.”

The process evolved over a 12-month period and engaged coaches, administrators and current and former student-athletes involved at every level of women’s college basketball. The leaders of the WBCA, USA Basketball, ESPN, numerous media personnel and other strategic partners also actively participated in the feedback and planning process.

Those stakeholders agreed that the values of teamwork, inclusion, passion, excellence and integrity drive the unique identity of NCAA women’s basketball and incorporated them in the campaign’s tagline: We TIP with Excellence and Integrity.

The NCAA’s vision for the sport — developed through stakeholder feedback — is to: