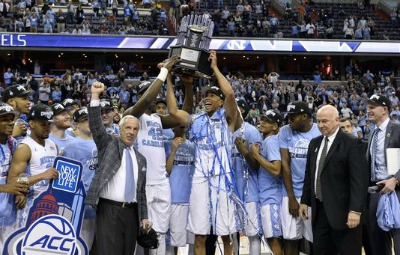 NCAA follows the NBA in moving events from North Carolina

The NCAA will relocate all seven previously awarded championship events from North Carolina during the 2016-17 academic year.

The NCAA Board of Governors made this decision because of the cumulative actions taken by the state concerning civil rights protections.

Explaining the decision futher they emphasized that NCAA championships and events must promote an inclusive atmosphere for all college athletes, coaches, administrators and fans.

Current North Carolina state laws make it challenging to guarantee that host communities can help deliver on that commitment if NCAA events remained in the state, the board said.

“Fairness is about more than the opportunity to participate in college sports, or even compete for championships,” said Mark Emmert, NCAA president. “We believe in providing a safe and respectful environment at our events and are committed to providing the best experience possible for college athletes, fans and everyone taking part in our championships.”

These seven championship events will be relocated from North Carolina for 2016-17: