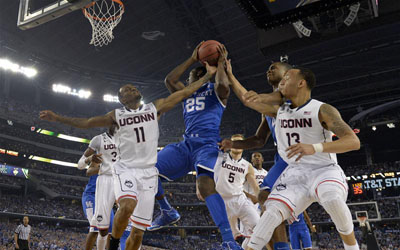 The National Collegiate Athletic Association (NCAA) has announced the five cities that will stage men’s college basketball Final Four for the years 2017-2021.

Phoenix will host the event in 2017 which will be played at the University of Phoenix Stadium in Glendale, Arizona.

The other cities chosen by the NCAA include San Antonio in 2018, Minneapolis in 2019 and Atlanta in 2020. The 2021 Final Four has been awarded to Indianapolis.

“This certainly was a very competitive process, so selecting Indianapolis to host the 2021 Final Four presented the committee an opportunity to select four other cities for the original span of the bid cycle,” said Dan Gavitt, NCAA vice president of men’s basketball.

“The agreement we have with the city of Indianapolis provides flexibility to the site selection process, so any reasonable option that benefited the event while maintaining the integrity of the bid process for the other finalist cities was considered.

“The Indianapolis local organizing committee was receptive of the idea and assured us that they would be prepared with guarantees from the venues and local hotels.”