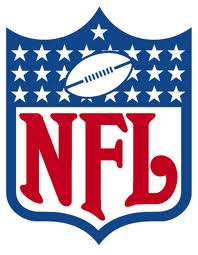 NBCUniversal (NBCU) has acquired rights from the National Football League (NFL) to stream Sunday Night Football through NBC’s TV Everywhere offering on all mobile devices from the start of the 2018 season.

As part of the new agreement, NBCU can extend the streaming rights to its cable, satellite, and telco partners, plus virtual MVPDs.

NBC Sports’ Sunday Night Football mobile stream will be made available on NBCU’s own properties and is set to include national advertising and local affiliate advertising for the first time.

The reach of national adverts, which will continue to be sold exclusively by NBCUniversal, will be further extended by passing through to Verizon and NFL mobile platforms, as per Verizon’s recently announced agreement with the NFL.

“We have been streaming Sunday Night Football on numerous platforms since 2008, but as a result of this agreement, 2018 will be the first time we can stream primetime television’s No. 1 show on all digital platforms, creating a more seamless viewing experience for NFL fans.

“In addition to fans, this mobile agreement benefits our distribution partners, local affiliates, and advertisers, as it significantly extends SNF’s digital reach.”