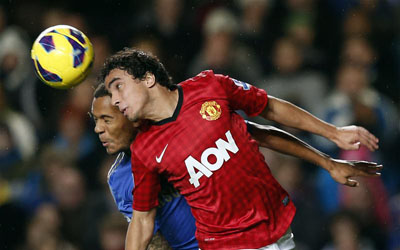 NBC Gets US Rights to Barclays Premier League

NBC Sports Group through NBCUniversal have secured live audio visual broadcast rights for all 380 Barclays Premier League matches per season for seasons 2013/14 – 2015/16 in the USA.

They deal is estimated to be $250 million, health taking coverage away from Fox and ESPN.

The deal brings the Premier League to one of the largest broadcasters in the world; the NBC Sports Group already televises such major sporting events as the NFL, medicine | NHL, the Summer and Winter Olympics, MLS, the U.S. Open (golf) and the Ryder Cup.

The proposition from the NBC Sports Group is that it will deliver to the Premier League the biggest and broadest programming and promotion commitment ever in the United States.

Although specific programming details will be announced at a later date, NBC, NBC Sports Network, and NBCSports.com will all be used to present live Premier League coverage, as well as Telemundo and mun2 for Spanish-language coverage. The channels that will be used have a combined reach of 95% of the USA viewing public each month.

Premier League Chief Executive, Richard Scudamore, said: “The NBC Sports Group has an excellent track record in sports broadcasting and will showcase the Barclays Premier League to fans across the USA through its extensive network of channels and high quality production.

“We are extremely pleased that NBC has chosen to invest in the Premier League and look forward to working with them for many years to come.”

Mark Lazarus, Chairman NBC Sports Group, added: “The Barclays Premier League is the preeminent soccer league in the world, and is on the cusp of exponential popularity growth here in the U.S.

“NBCU will provide the broadest programming and promotional commitment that the league has ever experienced here in the United States. The Premier League provides NBCU with best-in-class content for 10 months of the year across our far-reaching broadcast, cable and digital platforms. This is a perfect match.”