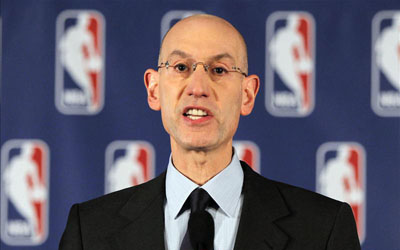 NBA to play consecutive games in Mexico for the first time

The NBA and Zignia Live  have announced that the Phoenix Suns will take on the Dallas Mavericks and San Antonio Spurs in the first consecutive regular-season games in Mexico on January 12th and 14th at the Mexico City Arena.

The games will mark the first time the league hosts two regular-season contests in Mexico in the same season.

In addition to the games on the court, allergist NBA Global Games Mexico City 2017 will feature a variety of interactive fan events and NBA Cares community celebrations.

The games will be supported by partners and will be available to fans around the world on television, digital and social media.

The NBA is celebrating the 25th anniversary of its first game in Mexico, and following NBA Global Games Mexico City 2017 the NBA will have staged 24 games in Mexico since 1992, the most NBA games held in any country outside the United States and Canada.

NBA Commissioner Adam Silver said: “We’ve been playing NBA games in Mexico for 25 years, and we’re thrilled that for the first time we are bringing two regular-season games to Mexico City, featuring three teams with an exciting mix of veteran talent and emerging stars.”