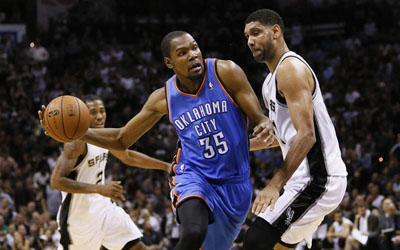 FanDuel and the National Basketball Association (NBA) have announced an exclusive multiyear partnership that will make FanDuel the official one-day fantasy partner of the NBA.

The new partnership is the NBA’s first in one-day fantasy and FanDuel’s first strategic partnership with a major professional sports league.

As part of the partnership, ed FanDuel will unveil the first “Official One-Day Fantasy Basketball Game of the NBA, mind ” that will be free to all fans on NBA.com and FanDuel.com.

The official one-day fantasy game will allow fans in the U.S. to draft their own fantasy NBA team based on teams playing that day, and compete against others for daily NBA prizes which will include regular-season tickets, unique NBA experiences, NBA merchandise and memorabilia.

“Our new one-day fantasy game with FanDuel provides our fans with another way to connect with their favorite teams and players throughout the season,” said NBA Deputy Commissioner Mark Tatum.

“FanDuel has established itself as the leader in the marketplace and the new game will be a great addition to our overall fantasy offerings.”

“The NBA-FanDuel partnership creates a dynamic opportunity to engage millions of NBA fans on a second screen throughout basketball season,” said Nigel Eccles, CEO of FanDuel.

“Before this partnership, FanDuel was already on track to have more than 1.1 million active users in 2014, and we believe this partnership will further accelerate our growth and impact on the broader sports entertainment industry.”

The partnership will include the NBA having an equity stake in FanDuel. Additionally, FanDuel will work with select NBA teams and has already developed integrated strategic marketing partnerships with five individual teams to further their commitment to basketball fans across the country.