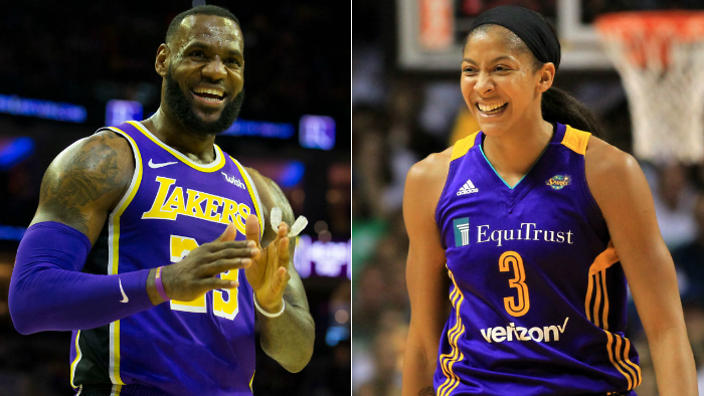 The National Basketball Association (NBA), the Women’s National Basketball Association (WNBA) have joined forces with SBS in a multiyear partnership to broadcast live NBA and WNBA games to a nationwide audience.
SBS will broadcast two live, regular season NBA games per week in HD on SBS VICELAND and streamed live via SBS On Demand.  NBA games will also be available on-demand on SBS On Demand, and additional NBA content will be featured on the SBS Sport website.
SBS will also broadcast one live WNBA game per week on SBS VICELAND and SBS On Demand throughout the WNBA regular season and a selection of games from the first three rounds of the WNBA playoffs.
SBS Managing Director, James Taylor said: “Premium international sports continue to be a focus of SBS’s offering, and we are thrilled to partner with the NBA and the WNBA to bring live coverage back to Australians for free. The NBA and the WNBA are among the world’s most diverse leagues and basketball is an increasingly popular sport.

“Building on our recently announced deal with the NBL, these partnerships with the NBA and the WNBA make SBS the exclusive free-to-air home of basketball in Australia and are a great opportunity to bring new audiences, particularly younger viewers, to SBS VICELAND and SBS On Demand.”

NBA Asia Head of Global Content and Media Distribution, Ramez Sheikh said: “We are excited to partner with SBS to bring NBA and WNBA games and programming to a nationwide audience on free-to-air television.These partnerhsips show that fans in Australia have a growing demand for basketball content and beginning next season, they will enjoy outstanding NBA and WNBA coverage on SBS across broadcast and digital.”