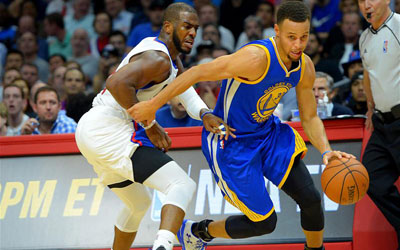 NBA, FIBA and FBA to host First Basketball Without Borders in Finland

The NBA, ailment FIBA and the Finnish Basketball Association (FBA) have announced that Basketball without Borders (BWB) Europe will be held Sept. 7-10 at Kisakallio Sports Institute in Lohja.

It will be the first time that the NBA and FIBA’s global basketball development and community outreach program will be held in Finland as BWB celebrates its 15th anniversary this summer.

The event will bring together players born in 1999 from across Europe to learn directly from NBA and FIBA players, legends and coaches and to compete against the best young players from the continent.

Nike, a BWB global partner since 2002, will outfit the campers and coaches with Nike apparel and footwear.

“Bringing Basketball without Borders to Finland for the first time marks the next step in our efforts to grow basketball across Europe,” said NBA EMEA Senior Vice President & Managing Director Benjamin Morel.

“Europe continues to produce elite talent, and this camp will provide the next generation of European players with the opportunity to learn the game and the values it teaches, including teamwork, integrity and respect, from some of the best players and coaches in the world.”

“This is the guarantee that the successful performance of the Finnish national team will continue in the future.  We look forward to seeing their talented young players and those from across the continent get the most out of this camp, on and off the court.”

BWB Asia will be held June 23-26 at Dandenong Basketball Stadium in Melbourne, Australia.  The full BWB 2016 summer schedule will be announced in the coming months.  Campers and coaches are announced prior to each camp.