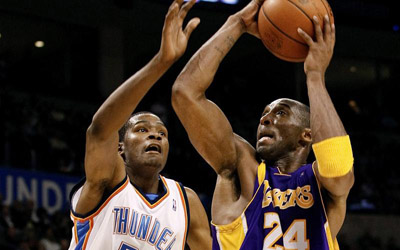 The games will include the first-ever NBA preseason games to be held in Brazil and the Philippines, ailment and in the cities of Bilbao, Spain and Manchester, England.

In addition to oncourt action, the NBA global games will feature a variety of events off the court, including NBA Cares community outreach activities and interactive fan events in each city. They will also be supported by a variety of marketing and promotional partners, and will be available to fans on television and through digital media.

“Providing fans with an authentic NBA experience is an important part of our efforts to grow the game globally,” said NBA Commissioner David Stern. “This fall, nearly a third of our teams will embark on a global tour that will celebrate the game of basketball, give our international fans a chance to connect with NBA teams and players, and leave a lasting impact in each of the communities we visit.”

The NBA global games schedule tips off with three games in Europe in collaboration with long-time partner Euroleague Basketball that will feature the Oklahoma City Thunder and Philadelphia 76ers. Oklahoma City will open the schedule in Istanbul, Turkey on Oct. 5 with a game against five-time Turkish champion Fenerbahce Ulker Istanbul at the Ulker Sports Arena. Philadelphia will be the first NBA team to play in Bilbao when they take on Uxue Bilbao Basket on Oct. 6 at the Bizkaia Arena at the BEC. The Thunder and 76ers complete their European schedule with a game against each other on Oct. 8 in Manchester at the Manchester Arena. For the second year in a row the NBA’s series of games in Europe will be presented by BBVA, the league’s official bank partner.

“We are very happy to continue our successful collaboration with the NBA,” Roser Queraltó, Euroleague Basketball Chief Business Development Officer, stated. “Since 2006 we have offered our fans the opportunity to enjoy games with teams coming from the best leagues in the world and bringing basketball to an international stage with the aim of continuing its enormous growth. I am sure that our fans in Istanbul and Bilbao will enjoy these games.”

The Indiana Pacers and Houston Rockets will begin their preseason slate with a game in Manila, Philippines on Oct. 10 at the Mall of Asia Arena. The game will mark the first time an NBA team has traveled to the Philippines since the then-Washington Bullets played against a Philippine Basketball Association All-Star team in 1979. The Pacers and Rockets will then travel to Taipei for a game on Oct. 13 at the Taipei Arena, marking the second NBA game played in Taiwan.

The Chicago Bulls and Washington Wizards face each other on Oct. 12 in the first-ever NBA game in Brazil at the HSBC Arena in Rio de Janeiro. The game will be a homecoming for the Wizard’s Brazilian native Nenê.

The NBA global games will conclude with two games in China between the Los Angeles Lakers and Golden State Warriors. The teams will play on Oct. 15 at the MasterCard Center in Beijing, then travel to Shanghai for a game at the Mercedes-Benz Arena on Oct. 18.

To date, the NBA has staged 138 preseason and regular-season games in 19 countries and territories across Europe, the Americas and Asia since 1978.