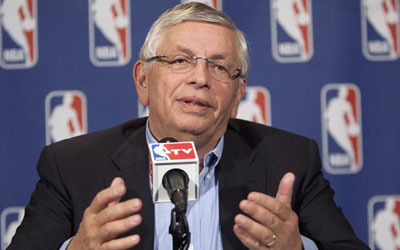 NBA Commissioner, David Stern will retire from his position on Feb. 1, 2014, the league announced Thursday.

Stern, who turned 70 last month, became commissioner on Feb. 1, 1984 which will mean he would have been for 30 years, the league’s longest-serving commissioner, guiding the league through growth around the world.

The Board of Governors revealed deputy commissioner Adam Silver will succeed Stern.

“The Board has selected Adam Silver to succeed me as NBA Commissioner, and I am very pleased with their choice,” Stern said in the email. “As you know, Adam is a world-class business executive who has influenced so many areas of our business during his 20-year tenure with the league, from television, to digital, to international, to merchandising, to sponsorships, to team business, to, of course, labor negotiations. I know that the organization will be in very good hands when Adam becomes Commissioner.

“What we have achieved together and will continue to achieve is extraordinary – and we will have 15 months to talk about it.”